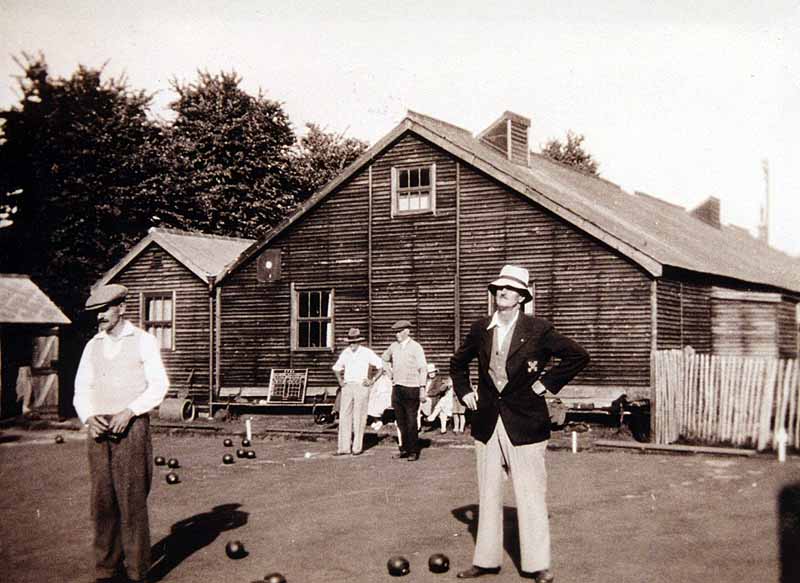 Lawn bowls can claim to be the oldest sport still being played in the UK. The first set of rules to be published was in 1670 by none other than King Charles II. This is some 70 years before rules for golf or cricket were first published. Several clubs claim to be the oldest, there is evidence that the green used by Southampton (Old Bowling Green) Bowls Club was first used in 1187 with the first game of bowls (played to similar rules used now) in 1299. However, there is still some debate between sports historians with the earliest categorical evidence of bowls being played circa 1500. It was around this time the game took off in popularity being played by all classes of men, often associated with large sums of money wagered on the outcome of games. There have been periods in history when bowls has been banned from being played by the “working” man. In the 16th century it was considered an unwelcome distraction from the strategically essential archery practice, then in the 17th and 18th century the church intervened to have playing of the game banned on the Sabbath. There is a famous story that Sir Francis Drake insisted on finishing his game of bowls at Plymouth Hoe before taking on and defeating the Spanish Armada in 1588. William Shakespeare (1564-1616) makes several mentions of Bowls (or bowles) in his poems and plays, including Cymbeline, King Lear and Hamlet. In 1850 William Mitchell, a Glaswegian solicitor, drew up a set of rules which were incorporated by the Scottish Bowling Association, on its formation, in 1892. It is these rules that are the basis for the current "Crystal Mark " rules. Incidentally these rules were adopted in 1903 by the English Bowling Association, which succeeded the Imperial Association, under the leadership of the famous W. G. Grace, followed closely by the Welsh and Irish associations, and most importantly the International Bowling Board. The name of this organisation was changed to the World Bowls Board and subsequently to World Bowls Ltd.

The original 3 rink bowling green in East Preston was laid down in 1923 by Mr R O Warren. The green was situated at the eastern end of the East Preston recreation ground behind the YMCA. The local paper, The Worthing Herald, reported ‘The East Preston Bowling Club in connection with the YMCA Institute will commence play today, 21st April 1923.’ They also said that subscriptions for the season was 5 shillings which could be paid in two instalments of 2s6d each and further information could be got from the hon. Secretary Mr Jeffries.. The first visiting team in 1924 was Arundel and so 90 years later we invited Arundel BC to visit us again. Apparently the 1924 AGM of the YMCA reported that the Bowling Club had had a very enjoyable season. Then during 1925 a small room at the back of the YMCA was added for the use of the Bowls Club. The Club then became affiliated to Sussex County Bowling Association with 35 members.

However, despite the war and absence of younger members the club did not close and in fact had ‘a successful year’ in 1943 under the captaincy of Mr Doddington. At that time the Club was paying the Council £3 per annum rent for the green. It is understood when the Club applied for an extension to the green the Council said no as the sports field had been the home of cricket for many years.

Going back to before the war a Miss Helen Gordon made a generous offer of land to the Parish Council for the provision of a bowling green. The Conveyance for this piece of land was signed in February 1936 and was the first property to be owned by the Parish Council. There followed legal problems for some while and then World War II took place and the Ministry of Health requisitioned the land for allotments. By 1955 the old green had only two playable rinks and in 1962 it became necessary to restrict membership to 35 members. During this time the Deed of Gift was almost a casualty of the war as in 1941 the Ministry claimed it had been destroyed but was finally found !

So it would seem that during 1923 and 1965 when the lease was finally signed a great deal of discussions, planning and decision making went on and during that period of time it was not at all sure the Bowls Club would get a site on which to build a green and club house. Then in 1965 a lease for the present grounds was granted by the Parish Council. Following a lot of hard work the original Club Pavilion was opened by Lavinia, Duchess of Norfolk on the 27th April 1967. Consequently during the period 1967 and 1995 a great deal of work was done changing and extending the outside buildings, putting up wooden fencing and paving surrounds, together with flower beds. In 1997 a separate Development Committee, headed by the then Chairman, Mr John McKenzie, was formed to look into various aspects on how to improve the Bowls Club facilities. After a great deal of discussions a Special Meeting was held on the 7th December 2000 presenting their ideas on proposed development and the meeting voted with the majority agreeing to proceed with what is effectively the Club Pavilion as it is now. At that time membership was 251.

In modern times and particularly to celebrate our 90 years we have had new fencing put up, new paving around the green and numerous other maintenance jobs done in order our Club keeps its fresh and smart appeal to both our members and visiting bowlers.

We hold social and fund raising events as an integral part of the Bowls Club which members enjoy, particularly during the winter months.